San Andrés - the Caribbean of Colombia

A dream vacation in the Caribbean of Colombia under palm trees with sun, beach and crystal clear, emerald green sea, for this one packs gladly the suitcases. But where do you want to go? To the Caribbean island of San Andrés - to the sea of seven colours!

San Andrés is still an insider tip for Europeans. The Colombian island is about 700 km away from the Colombian mainland and about 200 km off the coasts of Nicaragua and Costa Rica in the Caribbean Sea.

San Andrés meets all the criteria for a carefree Caribbean holiday. Tropical nature, white beaches lined with palm trees, constant 27° C water temperature all year round, plus the nostalgic charm of times gone by when the island was home to Spaniards, English, Kosars and pirates.

The small Caribbean island is the perfect destination to enjoy beaches, water sports, diving and ecotourism. It is not only ideal for a kite and surf holiday, it is also a paradise for ambitious scuba divers. There are 38 dive sites with different levels of difficulty all around the island.

The Caribbean Sea around San Andrés is home to many exotic fish and corals. The reefs are intact, hardly damaged and covered with beautiful colourful hard and soft corals as well as large sponges and gorgonians. Connoisseurs describe this fantastic underwater world as excellent and the diversity of marine life phenomenal.

If you don't want to dive completely into the depths of the sea, you can enjoy the grandiose underwater world.

Discover the water world with snorkelling. 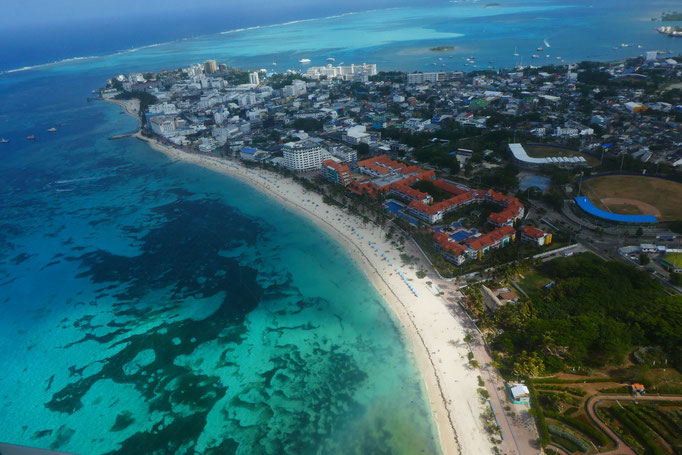 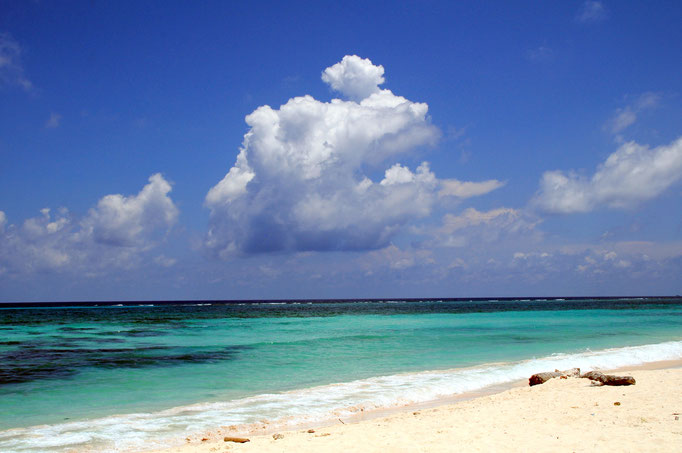 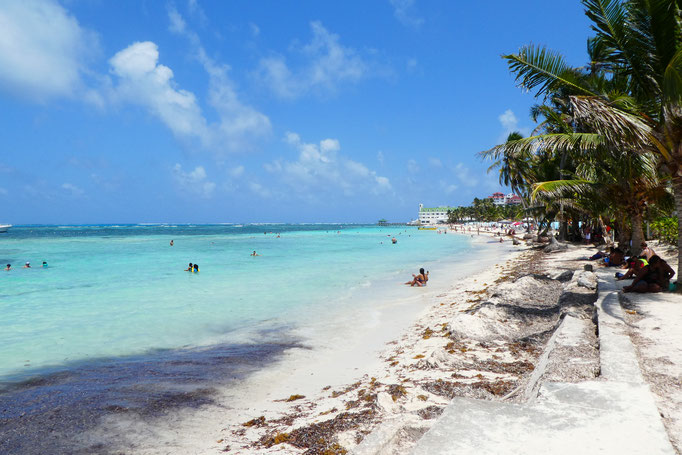 Already during the landing approach to the tropical island, one sees the shimmering of the crystal clear sea in its splendid colours. But immediately the next attraction catches the visitor's eye: the airport. It is praised as "the most beautiful in the whole Caribbean" because of its architecture, its multi-coloured paint and the large-format works of art in the corridors.

All categories are available for your hotel accommodation, from simple apartments to upscale luxury suites.

Island tours or excursions to the small neighbouring island "Johnny Cay", which should probably be used as a film set for a dream beach, are only a few holiday recommendations. And not to forget the musical soundtrack of Reggae, which simply belongs to the pure Caribbean feeling!

Let yourself be enchanted by the island, situated in the sea with the seven colours...